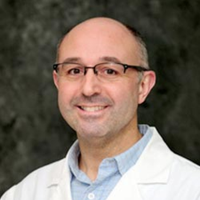 Please take a moment and let us know how your experience was.

Dr. Garcia has been working at Somerset since 2007. In addition to obstetric management and care, his clinical interests include focuses on non-surgical management of pelvic tension; vaginal reconstructive surgery for the correction of pelvic relaxation; and surgical scar aesthetics. A qualified care provider, Dr. Garcia is also fluent in Spanish, helping our team to better serve our diverse community. His educational milestones include the following:  -  An Undergraduate Degree (B.A. in Health Sciences) from Kalamazoo College.  -  A Graduate Degree (Master of Science, General Biology) from Wayne State University.  -  Medical School training at Wayne State University School of Medicine, M.D.  -  Residency Training at William Beaumont Hospital Department of OB/GYN, Royal Oak, MI. And his honors and certifications include the following:  -  (Current) Diplomate, American Board of Obstetrics and Gynecology  -  (Current) Member of the Gynecology Quality Assessment Committee, Beaumont Hospital, Department of Obstetrics and Gynecology  -  National Faculty Award, Council for Resident Education in Obstetrics and Gynecology, 2002  -  Member of the William Beaumont Hospital, Department of Obstetric Quality Assurance Committee, 2002-2007  -  Member of the William Beaumont Hospital, Department of OB/GYN Chairman’s Advisory Committee, 2005-2007  -  SEMCME Resident Oral Examiner in Obstetrics and Gynecology, 2012 Metro Parent “Mom Approved Doc," Metro Parent Magazine, 2012  -  Fellow, American College of Obstetricians and Gynecologists Outside of work, Dr. Garcia is married with 3 children. When he's not playing sports with his family, you may see him enjoying a number of outdoor-based hobbies, including bicycling, fly-fishing, photography and tennis.

Diplomate
American Board of Obstetrics and Gynecology

Ready To Schedule Your Appointment?
Our care team is happy to provide you with the services you need. We would be glad to answer any questions you might have and help you navigate through your care journey!
(248) 816-9200

Thank you for subscribing!

You will receive important news and updates from our practice directly to your inbox.

Your form has been successfully submitted!

We will be in touch with you if additional information is needed.